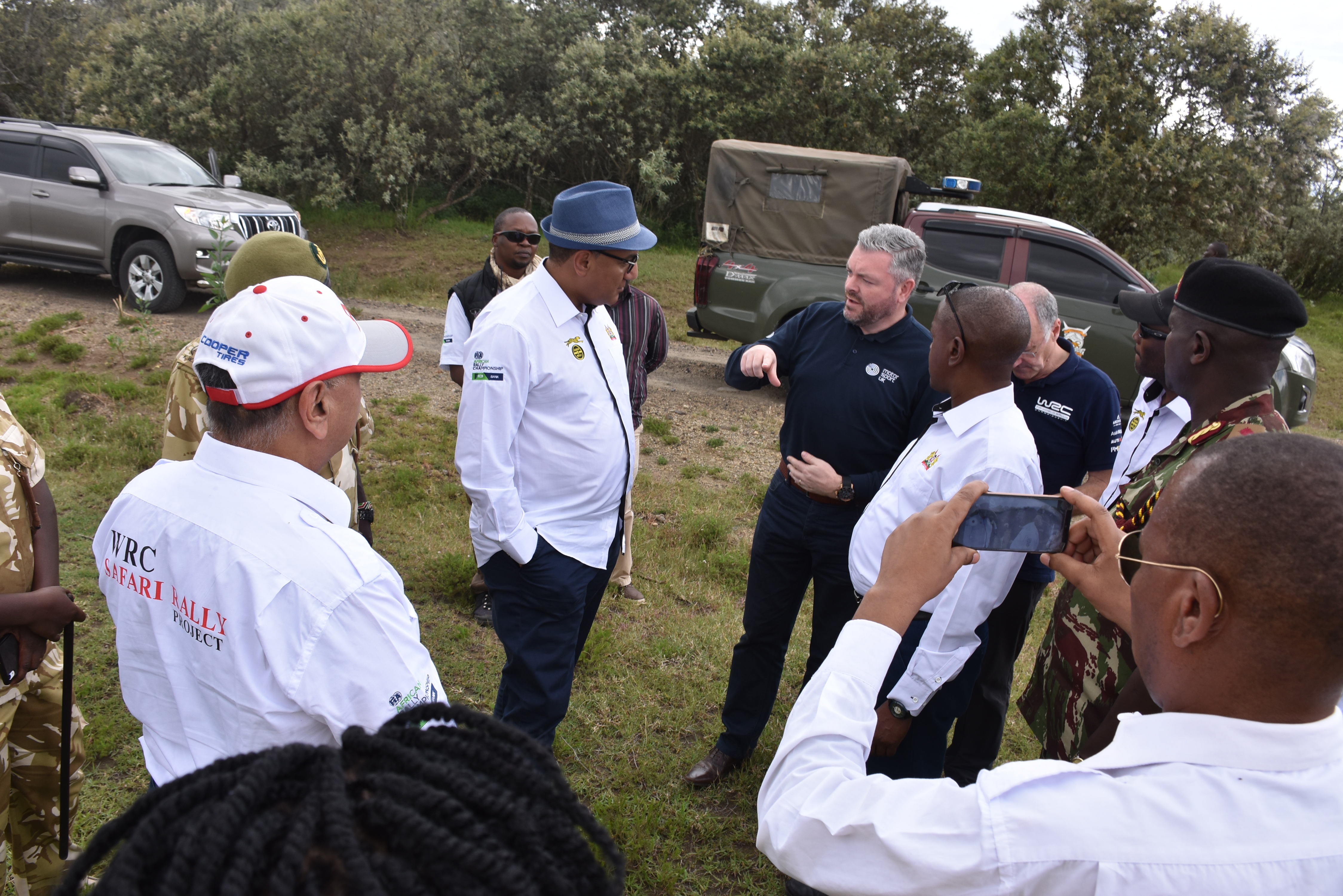 Naivasha, Kenya, January 9, 2020—The 2020 Safari Rally will be the fourth largest source market of tourist’s arrivals if it achieves the project 100,000 plus foreign fans, Najib Balala, Tourism Ministry Cabinet Secretary has said.

“This country receives over 2 million international visitors. Almost 63 percent are tourists coming to visit the country but the dominant factor of attraction is safari and park so the word Safari Rally goes well with Safari of the national parks, “ said the CS after being driven through the 11km Hells Gate Power Stage on Thursday.

He supported the Kenya Wildlife Service for allowing the Safari to pass through hills overlooking the Hells Gate National Park.

“This is a scenic park, it’s a geological park and also it has a very good biodiversity. It has also animals that are preserved. We have a technical team from the Kenya Wildlife Service and we have evaluated and seen the impact of the rally on this park,” he said.

Power Stage is the last stage of a WRC event where the winners are awarded five bonus points in the final standing in the championship.

Balala said the Safari Rally visitors will not just come to stay in hotels and use the facilities but they come with an investment of equipment and facilities and the value chain to prepare the rally itself.

Iain Campbell, the expert seconded to the Safari by the WRC Promoter who is the commercial rights holder of the Safari said the scenery overlooking Hells Gate is breathtaking. “The scenery like this behind us is an outstanding venue to hold the podium for what is going to be the first wonderful Safari Rally in 18 years,” said Campbell who is expected back in Nairobi in March.

His colleague from Portugal Joao Passos said Safari will be covered by 150 to 200 international journalists, photographers and TV Crews.

The CEO of the WRC Safari Rally Project Phineas said the government has appointed a senior Kenya Railways director into the Safari’s Organising Committee as the SGR will play an important role in transporting 60, 40-foot containers of equipment from Mombasa to Suswa.