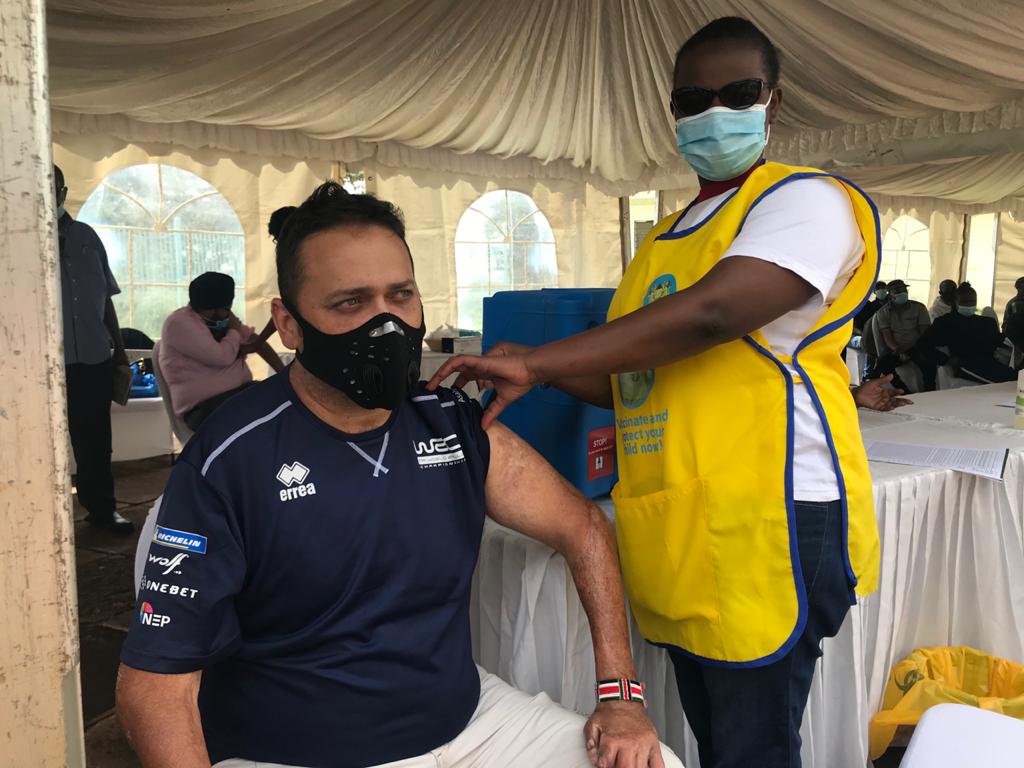 Nairobi, April 9, 2021 — WRC Safari Rally staff today received Covid-19 vaccinations in compliance with health protocols in the build-up to June’s return of the Kenyan round to the World Rally Championship (WRC) series.

Over 500 key actors of the WRC Safari Rally – including competitors, technical officials, and support staff – were vaccinated at the rally’s headquarters at the Moi International Sports Centre, Kasarani, in a drive initiated by the government through the Ministry of Sports, Culture and Heritage.

The ministry has set aside 3,500 AstraZeneca doses for sportspersons, including Team Kenya athletes and officials currently preparing for the Tokyo Olympic Games.

The International Motorsport Federation (FIA) has issued strict Covid-19 protocols which must be observed by all hosts of the WRC rounds and its affiliated members in their domestic competitions, with the WRC Safari Rally an integral part of FIA’s 2021 programme.

“No officials will be allowed to officiate in the Safari Rally without a vaccination and all officials must have a negative results certificate as per the FIA’s Covid-19 protocols,” WRC Safari Rally CEO Phineas Kimathi stressed at today’s vaccination drive.

“We thank the Ministry of Sports, Culture and Heritage, under the leadership of Cabinet Secretary, Ambassador Amina Mohamed, who has taken it personally to co-ordinate this exercise,” he added.

Kenya will host the Africa Rally Championship Equator Rally on April 24 and 25 as a dress rehearsal for the WRC Safari Rally which is making a comeback to the global circuit after a 19-year hiatus.

The WRC Safari Rally will run from June 24 to 27 and both competitions will be concentrated around Naivasha with the newly-constructed Service Park stationed at the Kenya Wildlife Service Training Institute.

The FIA has also appointed a Covid-19 delegate who will work with local organisers to ensure an incident-free WRC Safari Rally which was postponed from last year following the outbreak of the coronavirus pandemic.

WRC Safari Rally Clerk of the Course Gurvir Bhabra was among the first top officials to receive the first dose of the government-approved AstraZeneca vaccination whose second dose will be administered in early June, three weeks before the Safari.

CS Amina had kicked off the vaccination drive for the sporting community on Thursday at Kasarani beginning with the Tokyo-bound Team Kenya members who have been training in a “bubble” at Kasarani for the last two months. “This exercise is important to the sporting fraternity. We are also working at the county level to ensure that sportsmen and women get vaccinated as we continue to take precautions as per the government’s guidelines,” said CS Amina.