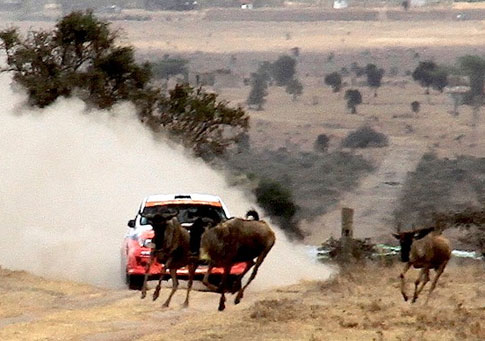 Munich, 18 January 2019 – British motorsport fans will enjoy increased television coverage of the FIA World Rally Championship in 2019 after WRC Promoter extended its partnership with broadcaster BT Sport.
The popular Pay TV network has agreed a multi-year deal and will significantly step up its live coverage from all 14 rounds.
BT Sport will screen all WRC TV’s programmes across its various platforms, featuring live action, a pre-event magazine show, nightly highlights and post-rally review.
All will be repeated and it will also include archive shows in its programming plans.
Britain, which hosts the popular Wales Rally GB (3 – 5 October) as the championship enters the decisive final three rounds, is set to be one of the WRC’s hotspots in 2019.
Viewers will be keen to follow the title-chasing exploits of spectacular Ulsterman Kris Meeke and co-driver Seb Marshall, who have signed to drive a Yaris World Rally Car with reigning manufacturers’ champions Toyota Gazoo Racing.
Welshman Elfyn Evans returns alongside new co-driver Scott Martin with Cumbrian-based M-Sport Ford World Rally Team. They drive the Fiesta World Rally Car which has won the drivers’ title for the last two seasons in the hands of Sébastien Ogier.
Also in action for M-Sport Ford will be rising star Gus Greensmith. The Manchester driver will contest the WRC 2 Pro support category in a Fiesta R5 and will also make his World Rally Car debut in Portugal in May.
BT Sport has broadcast WRC since 2014 and boasts an impressive sports portfolio which includes other top-level motorsport, Premier League and UEFA Champions League football and Premiership rugby.
Simon Green, head of BT Sport, said: “Our new and extended partnership means that from this year we will be showing even more exhilarating action from the WRC, which is fantastic news for BT Sport’s motorsport fans.”