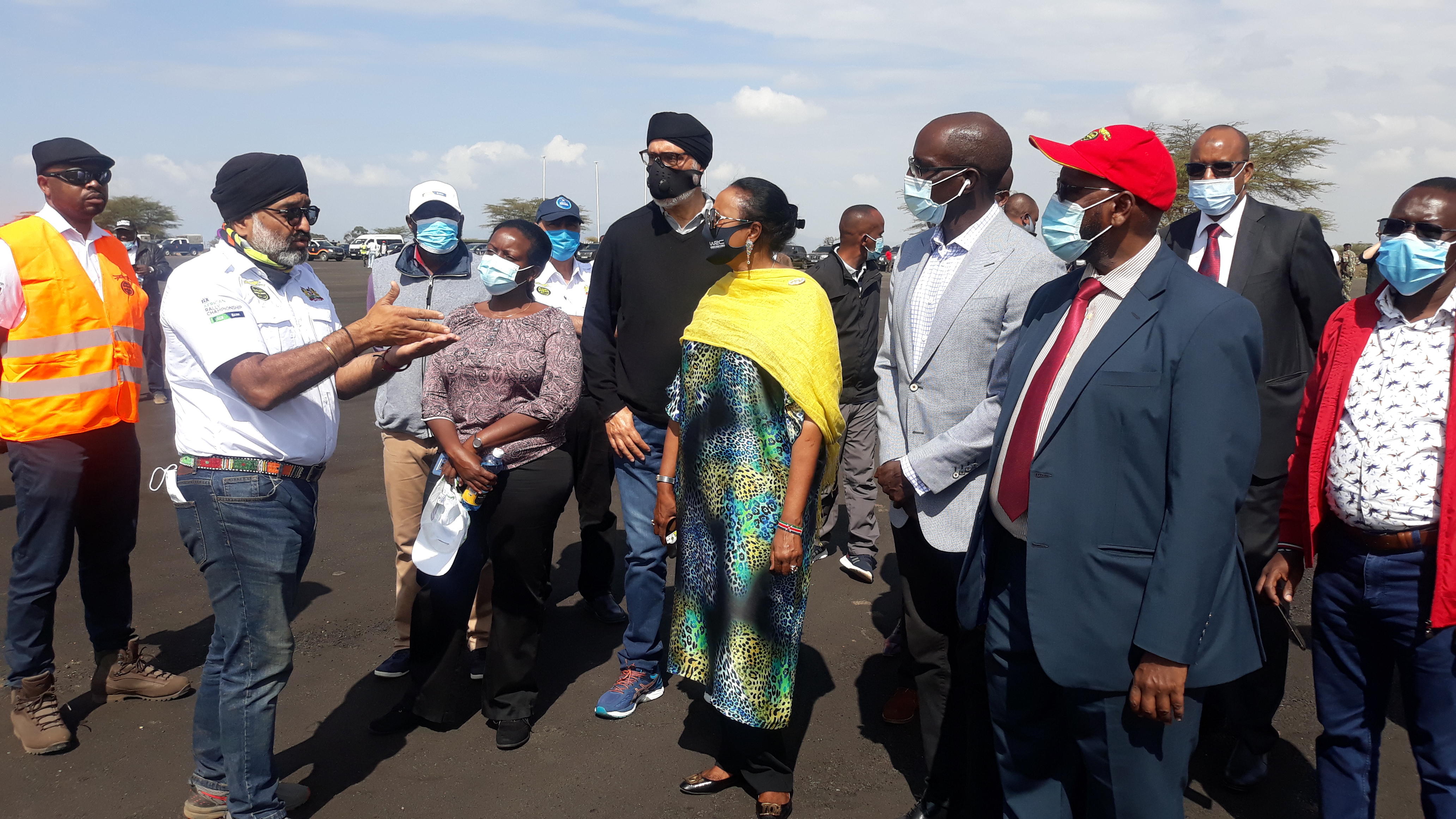 Naivasha Wednesday, January 13, 2020 — The 2021 WRC Safari Rally’s Sport Organising Committee gave a sneak preview of its preparedness to host a successful event after a simulation display on safety, medical and security departments yesterday at Kenya Wildlife Training Institute in Naivasha today.
During the mid-morning function attended by top government officials led by Sports Cabinet Secretary Amina Mohamed and WRC Promoter experts, the medical team headed by Dr. Raj Jutley performed a complex extrication to “rescue” and offer emergency medical aid to an “injured” crew exercise using rally driver Asad Khan for the demonstration.
The team demonstrated how to rescue an injured person from a car without causing further injury followed by emergency medical attention, and, if need, be how to transfer the patient to an air ambulance helicopter to the nearest hospital.

Later, the WRC Safari Rally safety team headed by Norris Ongalo, which will deploy over 1,000 marshals during the WRC Safari Rally to ensure the safety of spectators, also demonstrated the intricacies of cutting through metal to extricate an injured person using the latest technology cutting machines.
Finally, the WRC Safari Rally’s head of security, Julius Kabiru, showed Kenya’s preparedness by deploying officers from the paramilitary General Service Unit, regular and Administration Police who will be assisted by KWS rangers during the June 24-27 World Championship Safari Rally.
“We will not only secure the 1,000 kilometres covered by the rally but also ensure you will be safe from the port of entry, throughout your stay and at the port of exit,” added Kabiru
He said the security plan, which has been shared with top government officials, Todt and the FIA hierarchy has identified green areas of concern which include risk and threats management, operation readiness, and continuous testing.
“Due to the magnitude and caliber of the event, we shall draw heavy multi-agency security deployment, and the government through the National Police Command in partnership with security agencies shall have a robust security plan to ensure the security of the event, participants and the general public,” said Jabir.
The police helicopter was at standby for use by a fast rapid commando deployment unit.
“We have engaged a multi-disciplinary security deployment, and have spared no effort in developing a bespoke solution for the WRC Safari Rally 2021,” said Jabir.
The WRC Promoter team of Iain Campbell and Joao Passos of Britain and Portugal, respectively, who have been in Kenya to check the route and other organizational aspects of the Safari, hailed the Kenyans efforts and were confident of the organizing team to deliver a world-class event.
Later, under the supervision of the Chief Medical Officer Prof. Raj Jutley, the “victim” on a special stretcher, was extricated, examined, and loaded into a medical helicopter.
“Extrication from the car should not take more than 15 seconds,” explained Juley who was assisted by Dr. David Karuri.
The CS said she was impressed and commended the Safari Rally team’s commitment towards the event despite challenges caused by the Covid-19 Pandemic.
She added that the FIA and government attach a lot of importance to safety and successful hosting of the WRC Safari Rally which Kenya is using to promote road safety.
“His Excellency President Uhuru Kenyatta and FIA President Jean Todt agreed to establish an Action for Road Safety Programmed to embed the values of safe motoring during Jean Todd’s visit to Kenya in November 2020,” said the CS.
“The Road Safety Campaign launched in support of the UN Decade of Action for Road Safety with a focus on Road Safety and Motoring Education. More importantly, this programmed will booster the safety prerogatives put in place by the Safari Safety, Security and Medical Teams.”
The Chief Safety Officer Norris Angelo put the assembled team through the intricacies of safety for both competitors and fans and displayed hydraulic cutting machines that can save a life in the shortest possible time.
CS Amina underscored the importance of the Safari Rally as a sporting and commercial venture which is expected to inject in excess of Sh6 billion into the Kenyan economy. 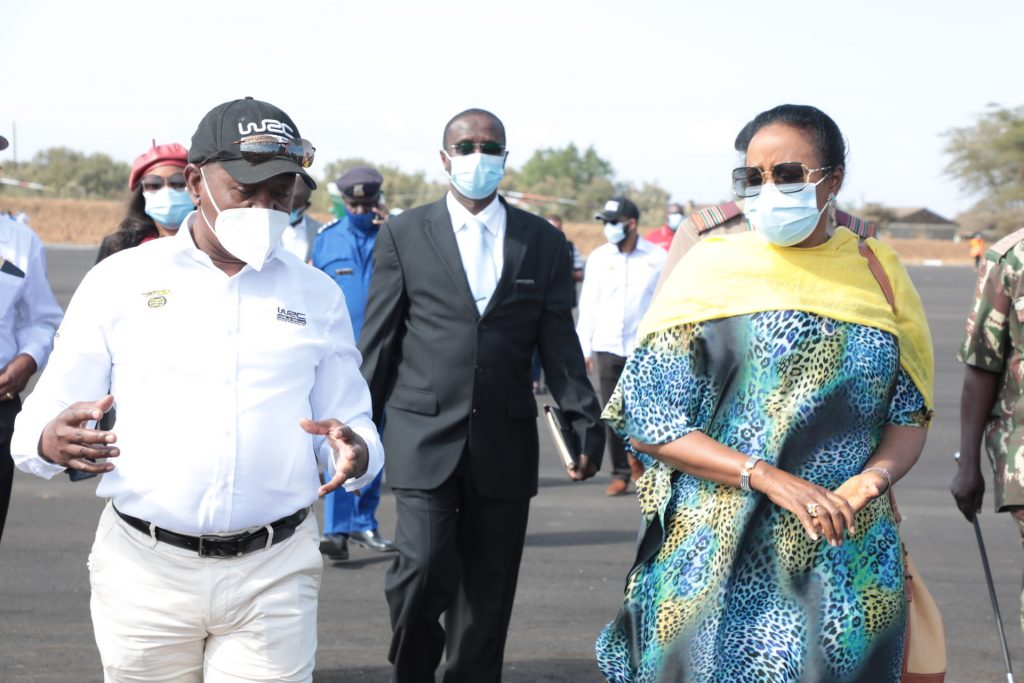 The CEO of the WRC Safari Rally Phineas Kimathi said the simulation exercise was done to show the Local Organizing and Steering Committees of the journey so far covered towards 2021 Safari despite Covid-19 hiccups.
He thanked Jessy Ray, a member of the Steering Committee, and his team for working very hard behind the scenes including government protocols which resulted in the Safari returning back to the WRC after 18 years.