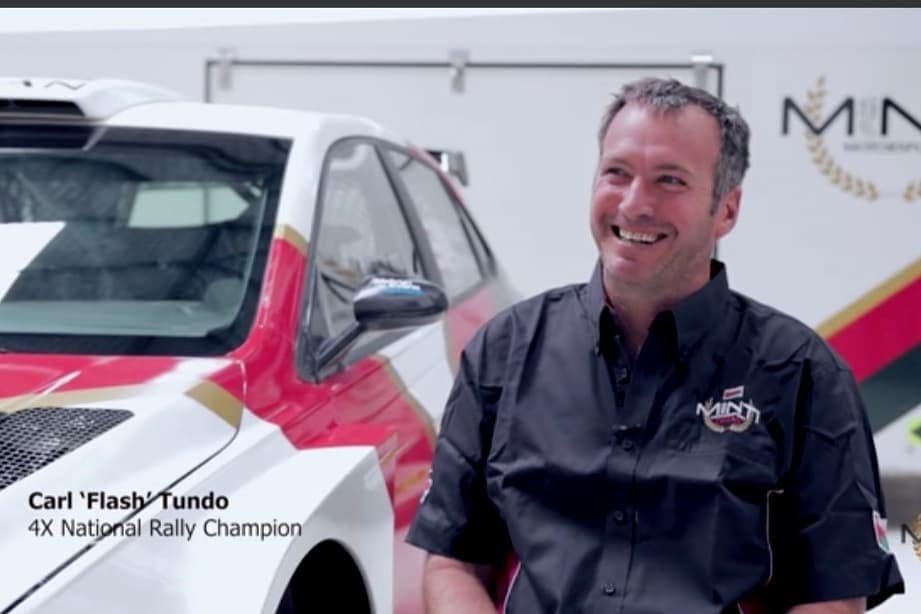 An elated Tundo thanked Minti which had previously indicated on fielding Joey Ghose whose travel plans have been disrupted by the new Covid-19 restriction.

“With the prevailing global COVID19 pandemic, Minti Motorsport, a team made up of members from across the world, are finding it very difficult to ‘assemble’ in Kenya for the forthcoming ARC and WRC Safari rallies, restrictions both from home countries like Oman and UK, to name a few, and the uncertainty are causing havoc logistically,” said the team in a Press statement.

“Minti Motorsport have, however, gone local again to continue to support our sport during these challenging times and we are proud to announce that Carl ‘Flash’ Tundo will be driving our VW Polo R5 for the Equator ARC Rally and WRC Safari Rally.

“We would like to thank Kenya Motorsport Fédération (KMSF) for their support in assisting our team.” The crew change remains pending FIA approval.

Speaking in Kenya, Tundo said he was delighted to ride the “beauty” of a car in the Equator Rally. He said: “My profession is agri-Business although I am unemployed at the moment and I drive these (rally cars) for a hobby.

“My latest car is a Mitsubishi EVO 10. I was given a call last night by Pali (Harpal) from Minti and suggest that because Joey the driver and the owner couldn’t make it for the Equator because of the pandemic and the lockdown in Aman that they would like me to drive this beauty here.

“It is a big task we got four days till the beginning of the big event, ah.. it’s left-hand drive [the VW] it’s a new machine, I have no idea how it handles how it runs I have seen it perform am I just hope it’s will be a good … it will be such good fun I think. So, no expectations but I am hoping I can, you know I have said a lot about these cars and how I would love to be in one so now the prove will be in the pudding whether I can drive the thing.’

In addition to Tundo, Minti Motorsport will also field another car in Kenya this season – the historic Nissan 240RS which will be driven by Ian Duncan in the Safari, selected national championship events and the East African Classic Safari later this year.