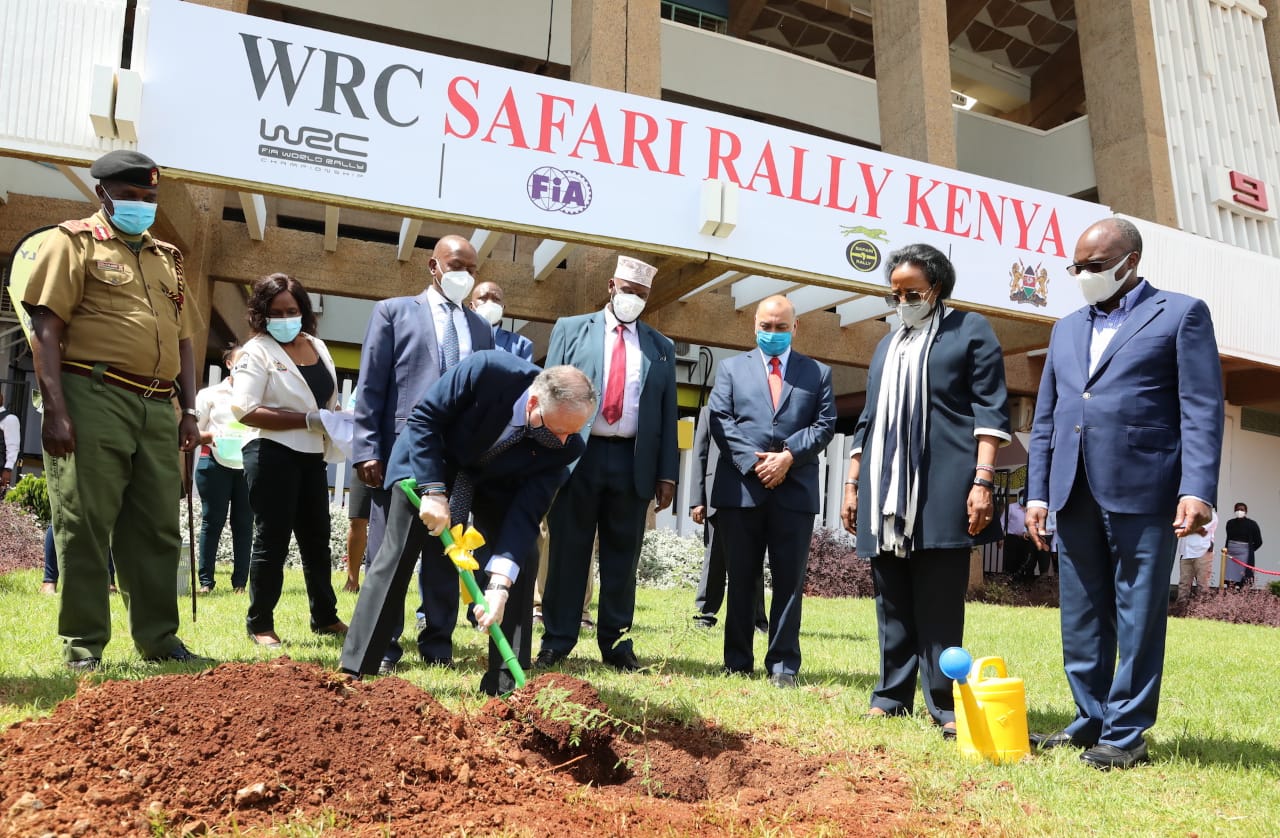 The President planted the first of 19 million trees, an Acacia Xanthophloea (Yellow Fever Tree) species, to mark the return of the iconic Kenyan event back in the FIA World Rally Championship (WRC) after 19 years.

The 2020 WRC Safari Rally was postponed on May 15 this year at height of the Covid-19 pandemic but is now slated for June 24 to 27 next year.

Todt later met with the technical team and staff of the WRC Safari at a near-by hotel which was the headquarters of the 2000 WRC Safari where he extolled them to re-double their efforts of making next year’s Safari a resounding success by using their experience from the gap year.

“I am not here by duty but by pleasure in Africa, a beautiful part of the world to achieve dreams,” said Todt, former World Rally Championship (WRC) co-driver, and third-place finisher with Ove Andersson in 1973 Safari driving a Peugeot 504.

He noted that Kenya was better placed to protect the environment by engaging the Nairobi-based UN-Habitat.

He praised Safari CEO Phineas Kimathi and the Cabinet Secretary in the Ministry of Sports, Culture and Heritage Amina Mohamed for a job well done.

“Thank you dear Amina and dear Phineas for giving me credit (of returning back the Safari in Kenya),” said Todt.

“This monster didn’t allow us have the Safari this year. But I am looking forward to next year,” added Todt who also urged Kenyans to use the Safari to promote road safety in a country which loses over 3,000 people, major the youth in road accidents.

Amina, recently elected in the FIA World Motor Sport Council and High-Level Road Safety Commission, thanked Todt for his tireless efforts of holding Kenya’s hands in the long roads towards the return of the Safari in the WRC last year.

He recalled that as the pandemic has killed over 1.4 million people when the world’s top scientists’ race against time to find a vaccine, a similar number of fatalities through road accidents are recorded annually.

“Covid is claiming older people compared to road accidents which affect the younger ones. It is the responsibility of every single human being. Be my special envoy to advocate road safety. Africa is beautiful but it will be more beautiful with safe roads,” he said.

Kimathi thanked Todt for his undying support for the Safari and helped Kenya a lot by asking officials to follow due diligence which met the FIA standards and procedures.