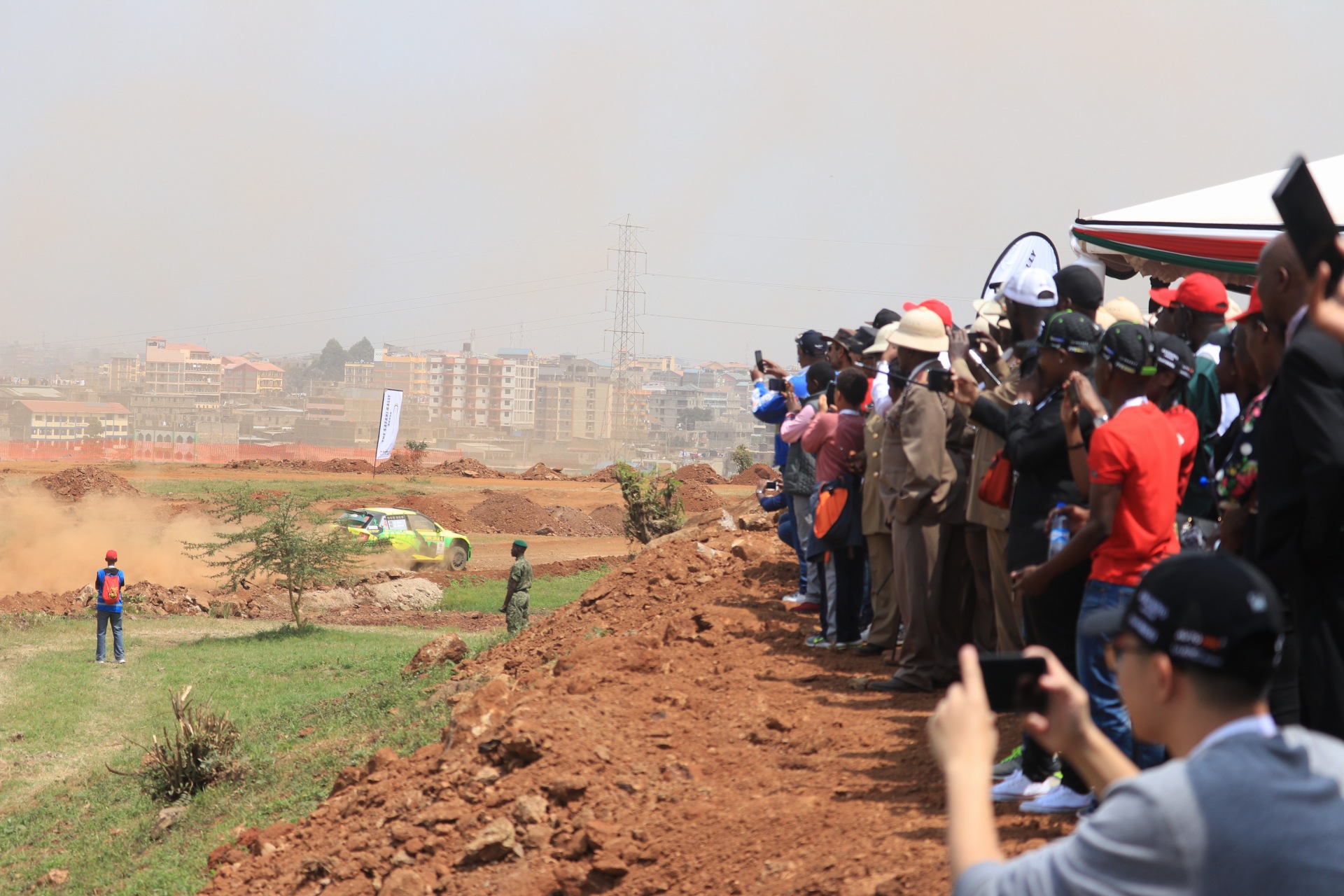 Nairobi, Kenya, July 5, 2019–Thousands of Kenyans who turned out for the 2019 WRC Candidate Event Safari Rally were treated to some exhilarating displays of rallying artistry.

Kasarani, Soysambu and Kedong hosted the designated spectator points for the three-day event which counts towards the fourth round of the FIA African Rally Championship (ARC).

For the first time in the history of the rally-sport, a stage was run within the vicinity of Kasarani Stadium which turned out to be a great family outing. Saturday’s spectator stage at Soysambu featured close to 4000 spectators including Sports CS Amina Mohammed.

President Uhuru Kenyatta was among those who witnessed Friday’s hair-raising thrills at the Kasarani Super Special Stage where an estimated 10, 000 spectators showed up for the event’s opening stage.

Ugandans who contributed to almost 25 percent of the turnout traveled all the way from Kampala to witness the event which could return the Safari Rally back to global status.

“It was an absolutely fantastic experience,” said David Mubiru. “My brakes failed because of fluid heating as we negotiated through those tight corners. But I really enjoyed the action.

Giancarlo Davite of Belgian said: “Kenya is renowned for big five wildlife and also the other big five in rallying include Carl, Boldie, Manvir, Duncan and Onka. So if I finish in top ten I will be happy.
Presidential Delivery Unit head Waita Nzioka said his aim was to finish the rally in memory of deceased Bob Collymore, the Safaricom CEO week and his mentor Ben Muchemi.