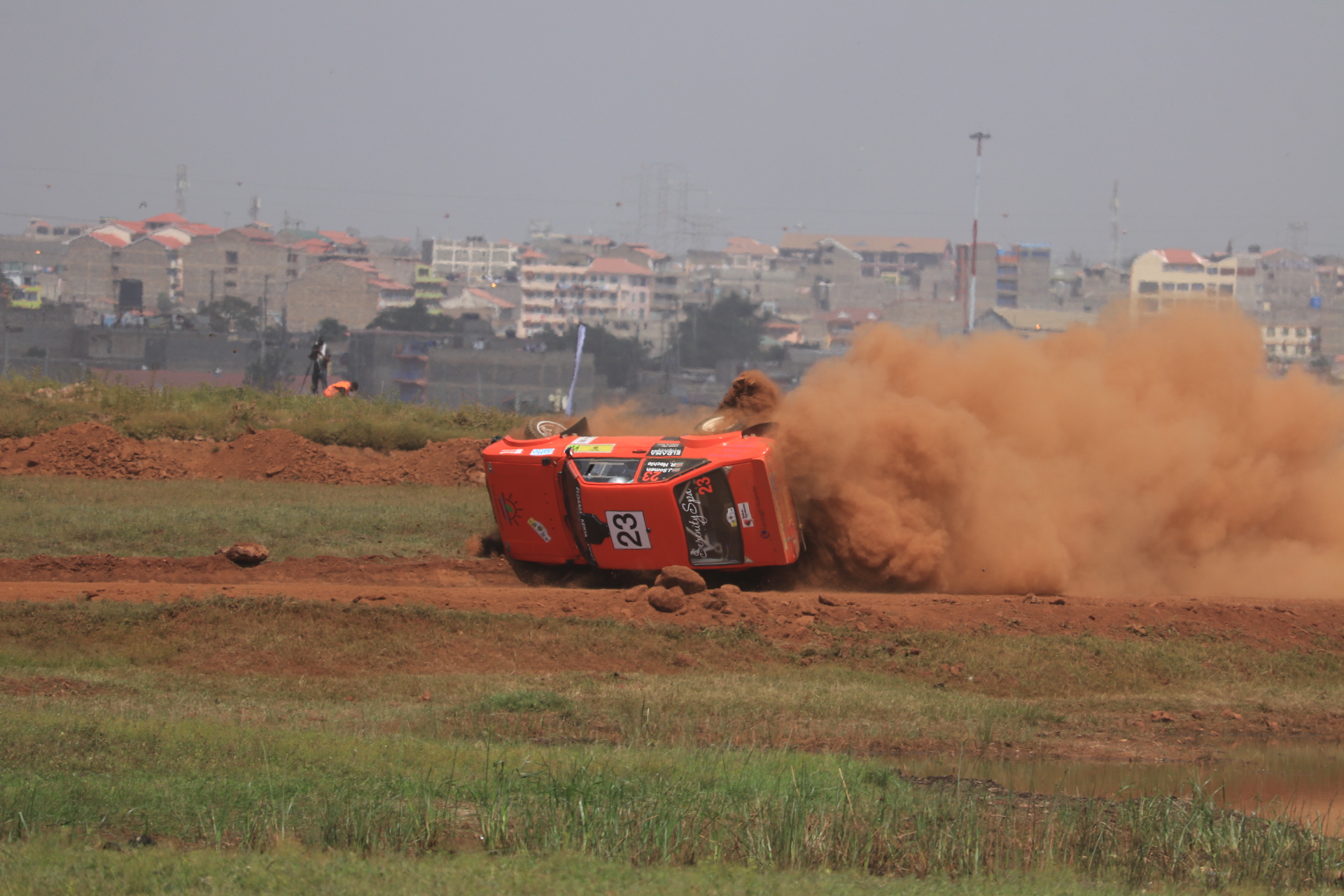 Nairobi, Kenya, July 5, 2019–Jonathan Somen and Richard Hechle spinning their Ford Escort MKII at the Kasarani Super Special Stage in day one of the Safari Rally spiced the action infront of tens of thousands of spectators at the Kasarani including President Uhuru Kenyatta as the final test for Kenya began.

Kenyans turned up in large numbers after the head of state flagged of competition outside the Presidential Entrance. Many more thousands lined the 27km long super highway to cheer the contestants as sleepy villages erupted into celebrations along Kenyatta Road to see the cars in more than four decades. Pride of place went Carl Tundo in a Mitsubishi Lancer EVO X who won the first 4.5km stage which tested drivers skills to the limit to pipe Zambian Leroy Gomes, co-driven by his wife Ursula in a Ford Fiesta R5, a tiny machine made to thrive in such tight and twisty sections.