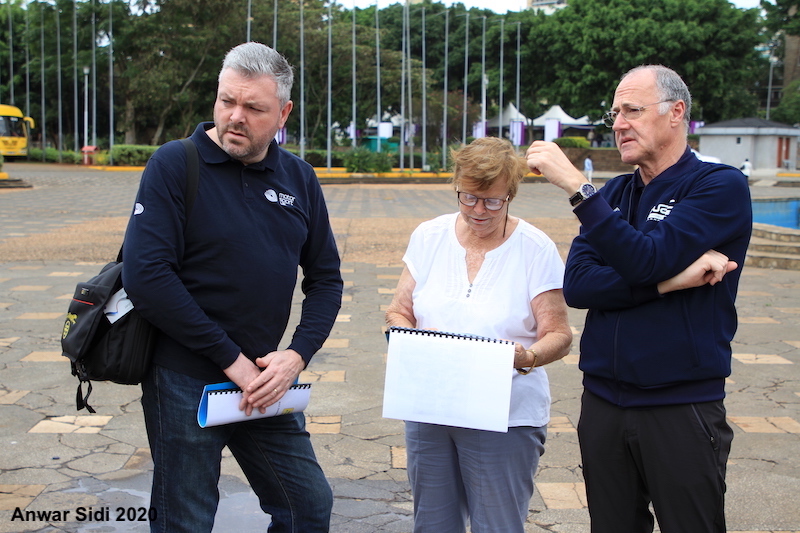 Nairobi, Kenya, February 5, 2020–Rally expert Joao Passos from Portugal seconded by the WRC Promoter to help Kenyans organise a world-class Safari Rally today inspected the Kenya International Convention Centre (KICC) ceremonial start of the WRC Safari Rally which he summed as an ideal location to zoom off the iconic event on July 15.

He is accompanied by his colleague from Britain Iain Campbell in their latest tour of Kenya. Today they inspected the KICC before heading to Naivasha, 90km west of Nairobi to see the new proposed shakedown stage and the KWS Service Park.

The KICC has been the start and finish point of the Safari since 1973 with the exception of 1999 and 2000 WRC editions.

The two were met by Sylvia King, a former rally driver, who sets up the ceremonial start at the venue for the last 40 years accompanied Safari senior officials led by the CEO of the Safari Rally Project Phineas Kimathi.

Safari Rally detailed itinerary will be published in the Rally Guide 1 which is expected to be released soon.

“For me, since I have been here I have not seen any problem where we travel around the country, we never had an issue or threat of our security,” said Passos.