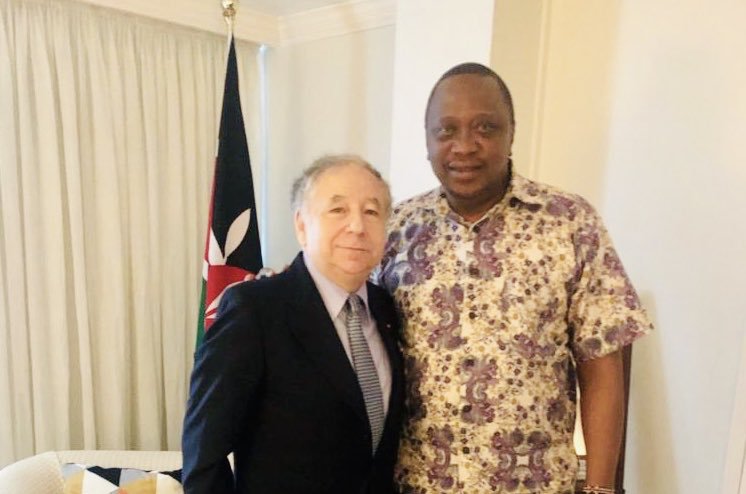 Nairobi, Kenya, July 9 2019–President Uhuru Kenyatta met FIA President Jean Todt in Jamaica this week where they discussed the future of the Safari Rally and road safety issues.
The President was early this week in a three-day state visit in Jamaica during the country’s independence day.

Todt posted in his Facebook wall his picture with President Kenyatta and wrote that they discussed the Safari Rally as a possible WRC event.

They held discussions with WRC Promoter and FIA officials. A final decision on whether the Safari returns to the WRC for this first time since 2002 will be announced next month. WRC Promoter Managing Director Oliver Ciesla praised the organisational acumen of this year’s WRC Candidate Event Safari Rally held in Nakuru Country between July 5 and 7.