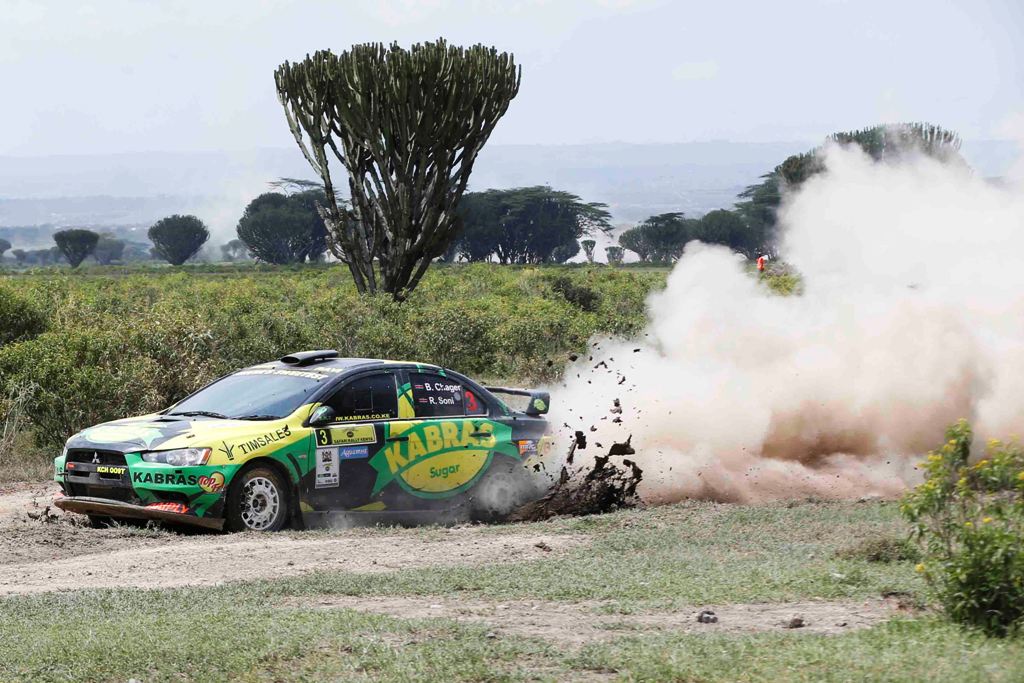 IT is the Safari; even though a break-neck speed driving affair in the modern era of short stages, the old adage of traditional long-haul Safari applies .. cool, steady, patient driving pays. That could have given “Flying Sikh” Baldev Chager Singh, victory at this year’s Safari.

Hot favourites Carl “Flash” Tundo, speed master Manvir Baryan and Onkar Rai all looked headed for victory but Chager, previously winner of only one stage in thge 2019 Safari, an African Rally Championship (ARC) round, tracked them to come out top “at the death” at Kedong’ in Naivasha. It was “Boldy’s” third Safari win, following the head-to-head of 2013 and 2014. 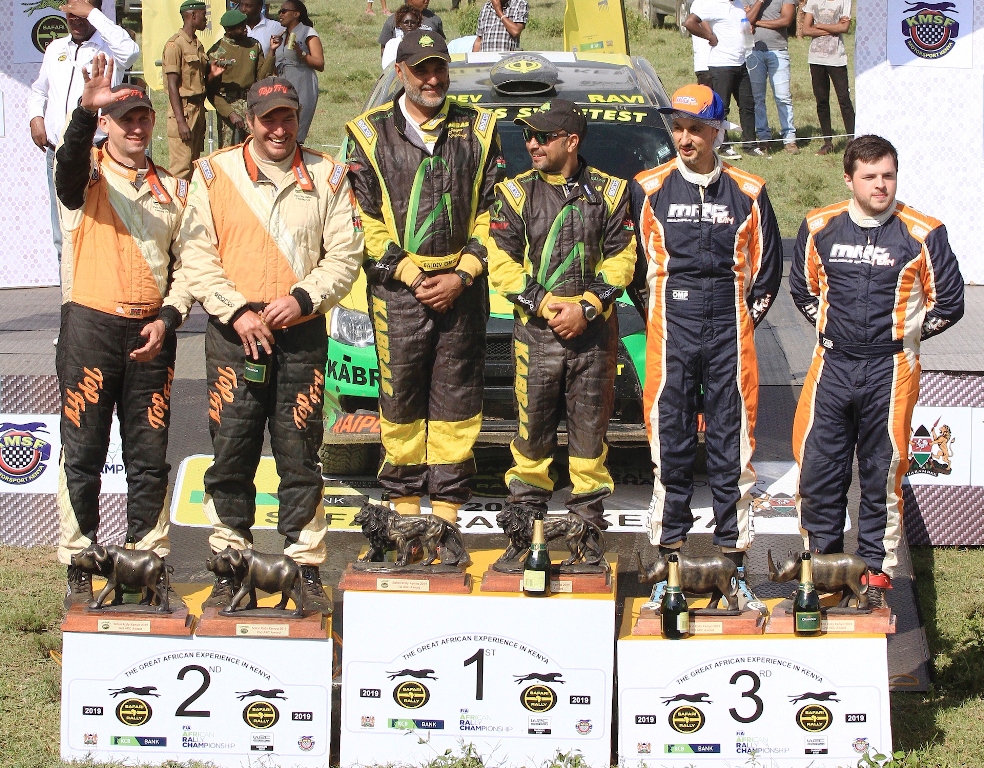 Marvin Baryan held a 35 second lead most of the final stage before stopping with mechanical failure, was passed by two cars before resuming and it was too late. Baryan had in turn overthrown the overnight lead of Carl Tundo.

Because of his huge stall, Baryan ended up classified third and Chager reveled at his Safari victory. Chager now goes into the annals of Kenya history where the performance of Sikh drivers is admired led by the legendary Joginder Singh pioneer winner of the Safari in 1965 and in ’74 and ’76. The Safari is bidding to return on the calendar of the World Rally Championship (WRC), the caliber of which Joginder competed and Kenyans will be looking forward to how Chager will fair if Safari returns to the WRC. 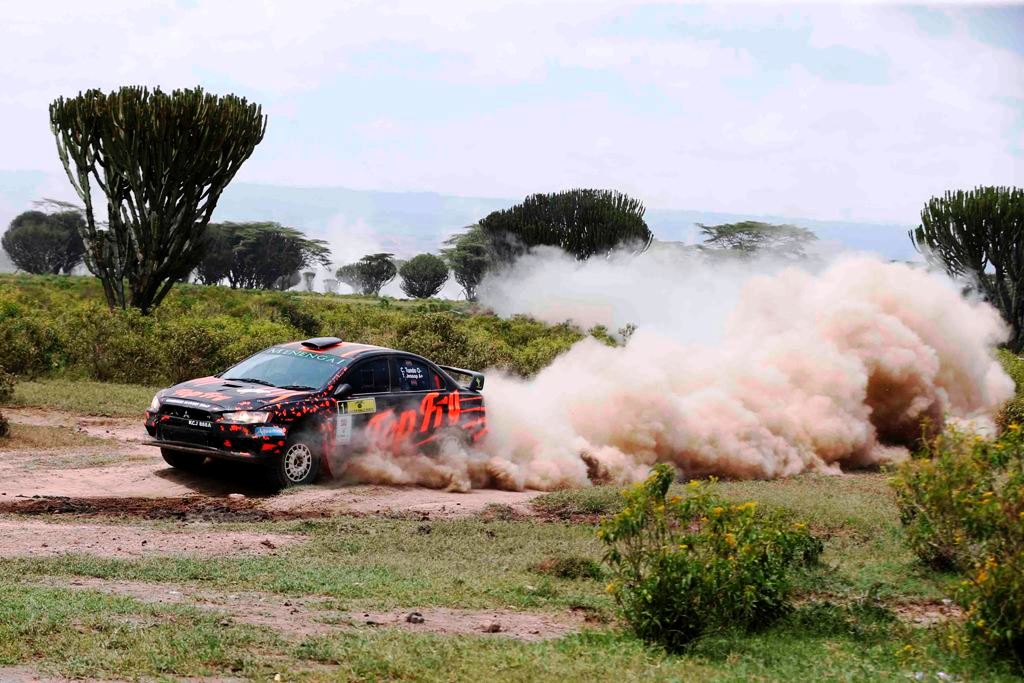 Chager and his co-driver Ravi Soni literally “nursed’ their Mitsubishi Lancer Evo10 out trouble to romp home to a thrillingly famous victory; binding their time to benefit from Baryan’s misfortune in the last remaining few kilometers of the rally.

“I am overjoyed to win. It was a tough battle. One of the most tense and tough events in my rallying career. Make no mistake, I was in this to fight all the for the outright win.”

Thus, Baryan stays yet to win his Kenyan event despite a big success in the rest of rallies across Africa (ARC). He was disappointed after checking at the final control in the third position.

“That stage was pathetic and should not have been allowed. Our car sucked in lots of dust until the radiator was blocked. The temperature gauge was reading 130 degrees. We lost over six minutes to clean it by then two cars had overtaken us. No happy at all.” 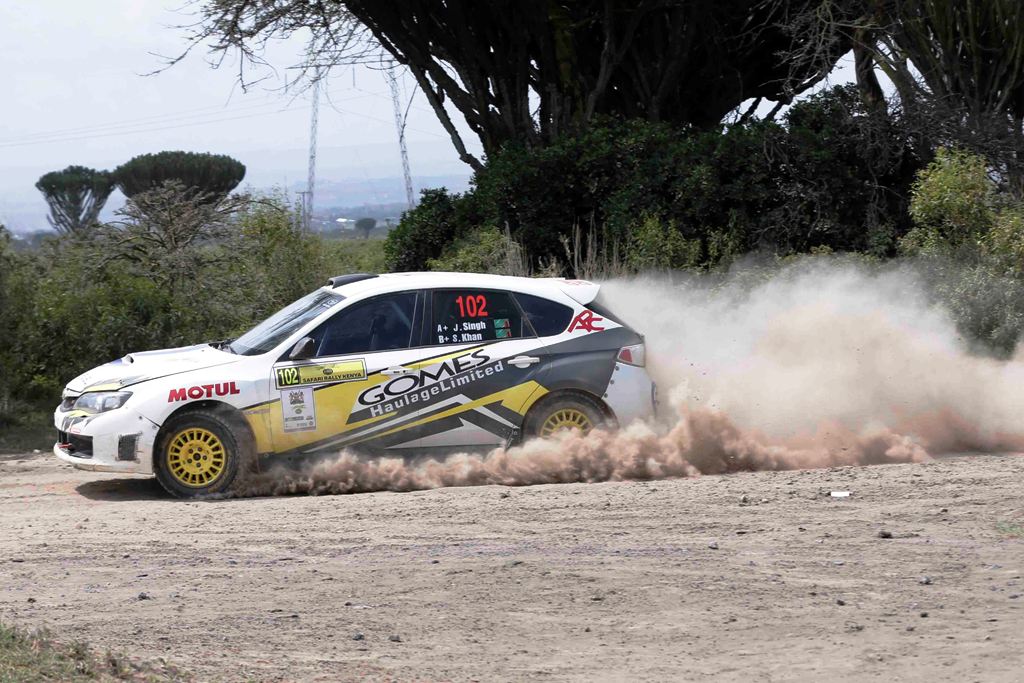 Carl Tundo who missed out on his record of five victories in the Safari Rally, finished in the second place driving a Mitsubishi Lancer with Tim Jessop. He said they were lucky despite several mishaps, which included losing 20 seconds in the final service. Onkar Rai rolled in the second competitive stage of the event while lying in the second overall position in his Skoda Fabia. This was his second consecutive accident in the Safari Rally after having a similar problem in last year’s event.

Though his navigator Gareth Dawe was admitted to the hospital with back injuries in that incident, both him and Rai were lucky to walk away without any injuries yesterday though car was badly damaged.

“We hit couple of bumps at very high speeds before the car nose-dived and rolled. We were lucky there were no injuries but our luck in the Safari Rally seems not improve,’’ said Rai while watching the cars check in at the final time control. 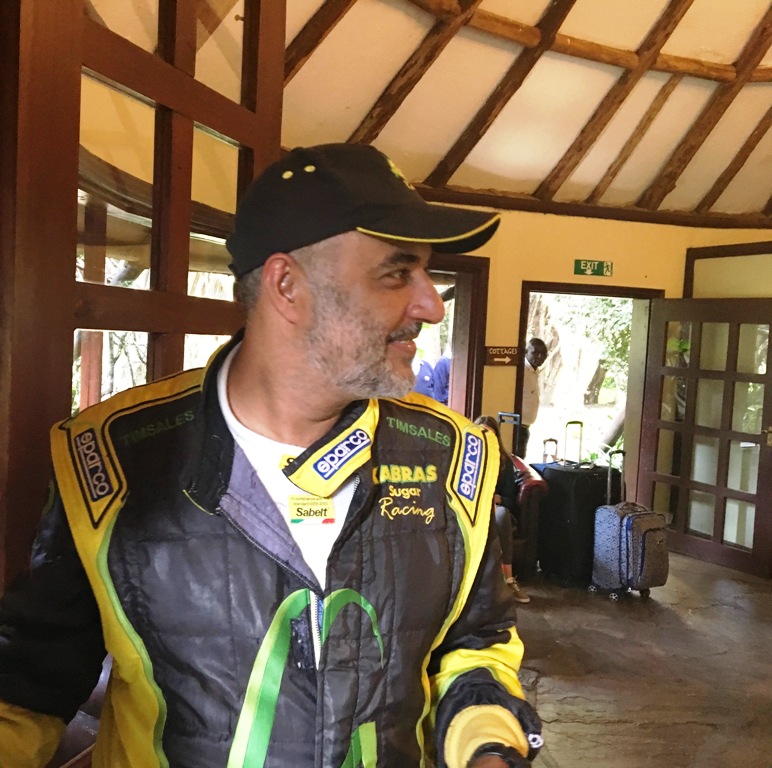 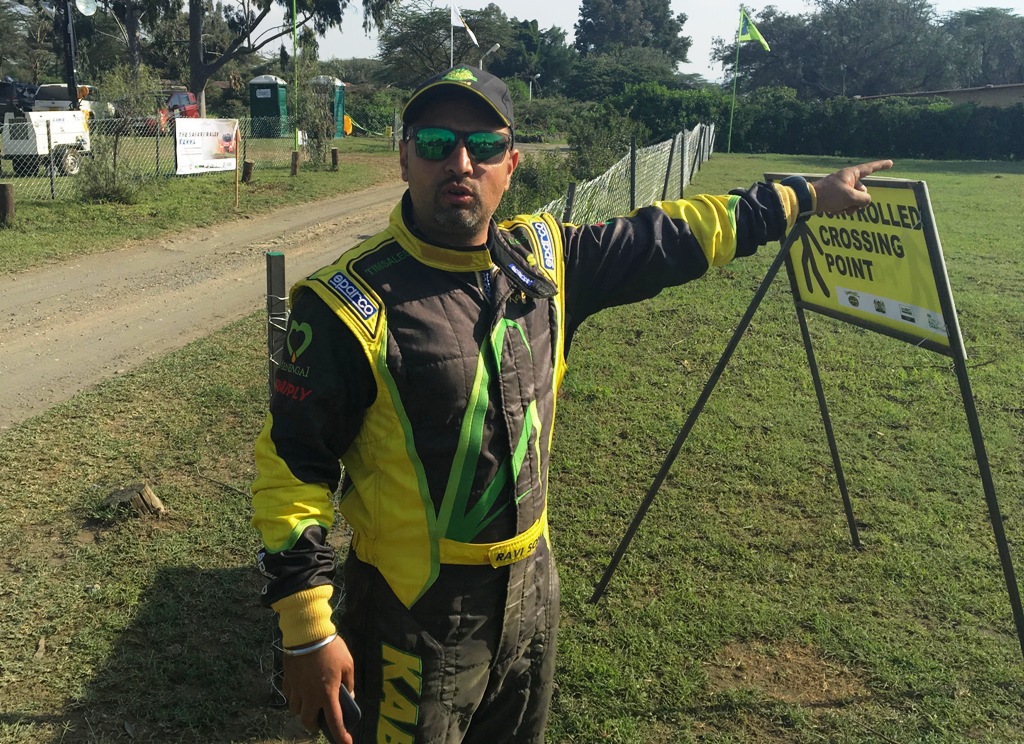 Ian Duncan, the last Kenyan driver to win the Safari Rally when it was part of the WRC, finished in the fourth place in Mitsubishi Lancer Evo10 with Anthony Nielson by his side. Duncan is a multiple Kenya National Rally Champion KNRC) title holder.

Four sets of foreign crews performed commendably well to finish in the Top-10 of the famous event. They included:

The event is vying for full WRC status and was being observed by some of the most senior officials from the world motor sports body, FIA (Fédération Internationale de l’Automobile) led by safety delegate Michelle Mouton, herself an ex-Safari Rally ace, and a barrage of other delegates alongside the contracted WRC Promoter business outfit.

Geoff Mayes limped into the penultimate service point of the rally with a damaged clutch in his Land Rover. The mechanics worked on it to get it right for the final two stages.

At 24 years of age, McRae Kimathi was the youngest driver to finish the rally in the 21st place with Evan Mwenda as his navigator in a Subaru Impreza. McRae is the son of Phineas Kimathi, the chief executive officer of the WRC Safari Rally Project.

Norris Ongalo, the Chief Safety Officer in the list of the senior organizers of the 2019 Safari Rally, said he was happy with the performance of his officials in the event over the past three days of the competition. Most of the marshals were graduates of the Abdul Sidi Rally Academy.

‘’I had 275 officials deployed alongside each and every stage of the rally. The list was always divided by three according to the number of stages run on the day. Safety is paramount,’’ said Norris, who is the graduate from the Abdul Sidi Rally Academy.

Nzioka Waita, the Chief of Staff, Office of the President , Government of Kenya, making a comeback to the sport after almost over a decade, also finished the rally in the 26th place, at the wheels of a Mitsubishi Lancer Evo9 with Laban Cliff Onserio as his navigator.(… updates later…)