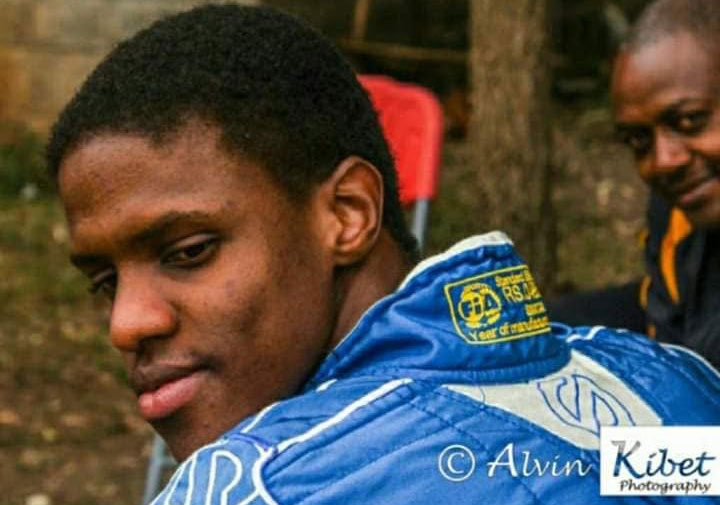 Nairobi, Kenya, July 1 2019—Upcoming rally driver McRae Kimathi hopes to become a force to reckon with in the Kenya National Rally Championships (KNRC) in the next five years.

The 24-year old believes he has the potential to battle his way to the competition’s summit following inspiration from his father Phineas Kimathi who is a formerSafari Rally F2 champion and currently the Chief Executive Officer (ECO) of the (WRC Safari Rally Project.

“I’m dreaming to be a KNRC champion someday, it’s not easy but I’m taking it step by step until I reach there,” he said.

McRae is already focused to leave a mark in the WRC Candidate Event Safari Rally between July 5 to 7.

He is among the over 51 local and foreign drivers entered for the contest which will be run as a Candidate Event of the WRC.

McRae assured his preparations ahead of the event is going on well. He said his car is already up and just waiting for the competition date.

“The car was being prepared by Motor Atrep which is run by Adil Khan. Adil is an old hand in the trade and has done a good job on it so far- it looks fantastic,” he highlighted.

“I just need to work on my fitness levels. In terms of car preparations, we are okay and good to go. My mission is to finish the event and gain valuable experience. The essence is getting more seat time,” he added.

McRae notes that being a second generation driver in the competition has its advantages and disadvantages.

He says people tend to compare you with your predecessors and have a lot of expectations.

“One thing you will benefit from being in this category is that you live your life in an environment laden with all sorts of competition machines and you get to learn a lot more from your seniors,” he underscored.

McRae’s first motor sport event was in Machakos in 2015 but his first Safari came in 2016 when he crashed out and resorted to Autocross racing in a bid to gain the much-needed experience.

In 2017, he finished second in the autocross championship and fourth in 2018.