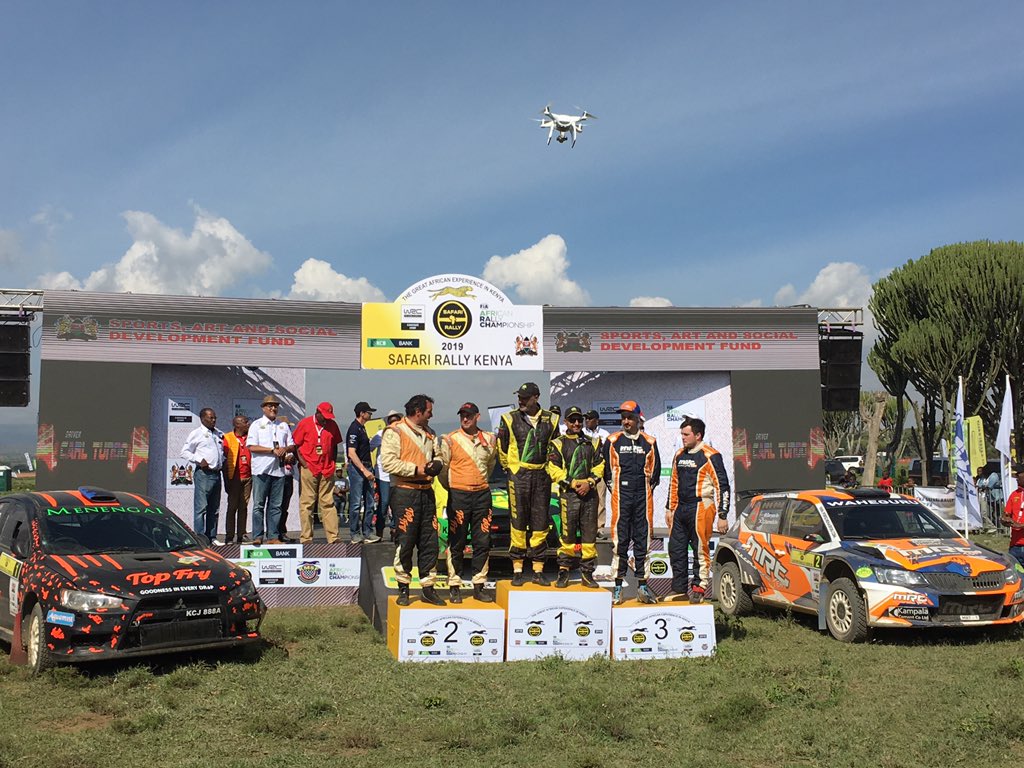 Baldev Chager and his navigator Ravi Soni (centre) pose for a photo alongside the first and second runners-up after winning the 2019 Safari Rally on Sunday, July 7 2019. COURTESY: TWITTER/KCB

Chager, who was navigated by Ravi Soni, claimed victory after African Rally champion Baryan, who had a healthy lead going into the final stages of the rally, got stuck in the final stage and eventually dropped to third place.

Kenya’s cabinet secretary in the Ministry of Sports, Culture and Heritage Amina Mohamed congratulated the drivers and thanked spectators for coming out to support the event

Her counterpart in the Ministry of Tourism and Wildlife Najib Balala hailed the 2019 Safari Rally as a very successful event and expressed optimism of its return to the World Rally Championship.

This year’s Safari Rally was held as a World Rally Championship (WRC) candidate event as the Kenyan government attempted to ensure the rally is restored to its WRC status.

Officials of the International Automobile Federation (FIA), the governing body for world motor sport, were present to assess its suitability.

The Safari Rally was part of the World Rally Championship for many years until 2002, when it was axed for lack of finance and government support.

This rally featured 51 crews, who were flagged off by Kenyan President Uhuru Kenyatta at the Moi International Sports Centre, Kasarani, in Nairobi, on July 5.