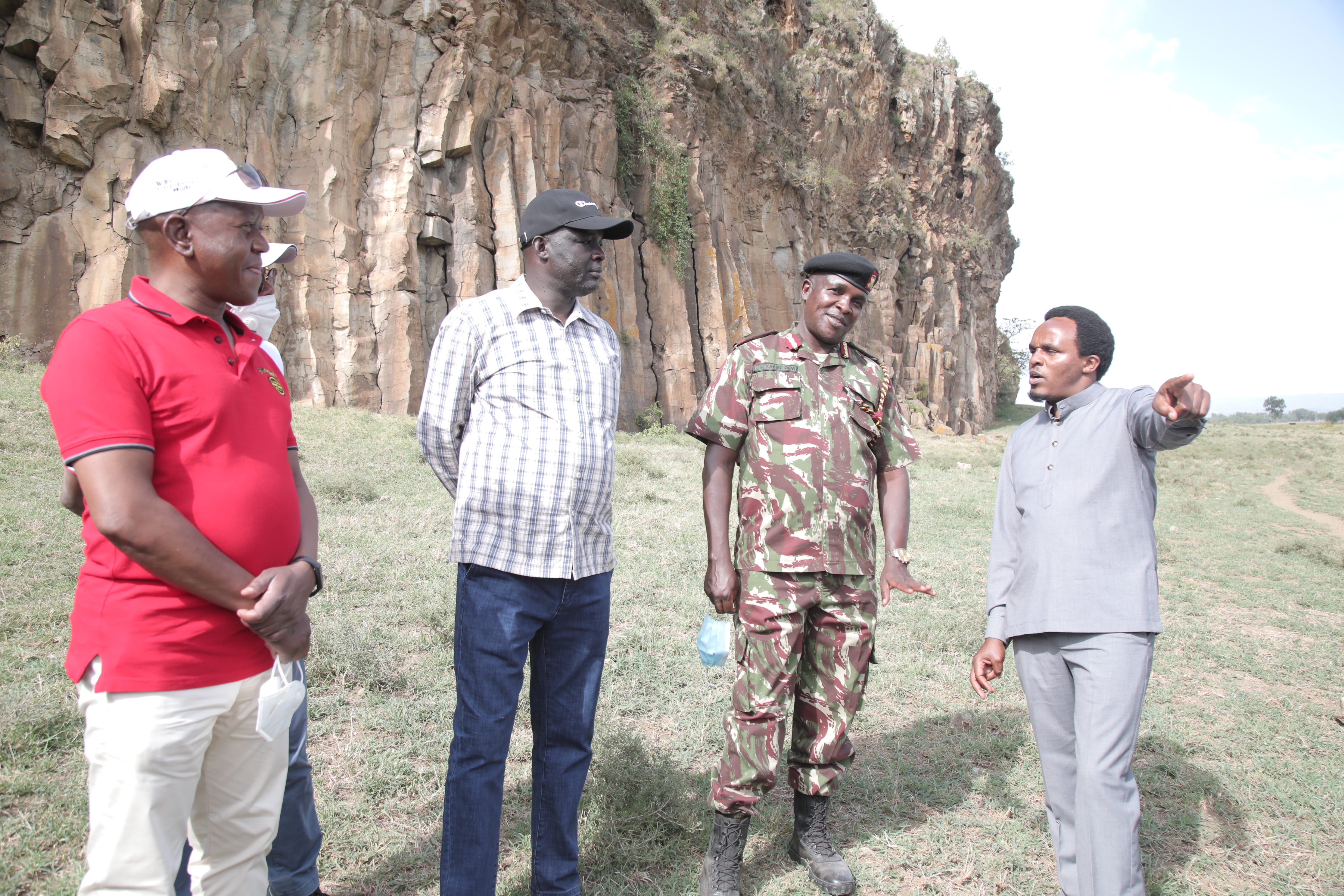 THE final layout of the WRC Safari Rally ‘Service Park’ was approved in Naivasha yesterday. Local organisers are ready with the plans to provide space and infrastructure where competing teams will put up their own structures like garages and offices.

The Hell’s Gate National Park ‘power stage’ – part of Hollywood’s major movie ‘Tomb Rider’ – was also described as potentially a top crowd-pulling part of the Safari to take place inside the Great Rift Valley between June 24 and 27.

Starting from Ol Karia Geothermal plant, and ending at the social function site overlooking a massive cliff was described by international observer Dom Saunders from Britain as a “spectacular, breathtaking and magnificent,” which will define the beauty of Kenya in front of an estimated 70 million television viewers in 150 countries.

“We now know what Kenyans can produce, in 100 days, from the four days we have been here. I urge everybody here to follow the same direction,” said Campbell.

Similar sentiments were expressed by the newly appointed cabinet assistant secretaries in the Ministry of Sports, Culture, and Heritage Zack Kinuthia and Simon Kachapin who ended a three-day field review of work on the Safari Rally preparations.

They said the Kenya Government will assist the Safari Rally organisers to achieve the desired goals, adding that the Government has been the biggest sponsor of the Safari since 2018 when Kenya started an ambitious goal to return the iconic motor event to the WRC after 19 years.

The WRC Safari Rally chief executive officer Phineas Kimathi summarised the work so far achieved as an effort from a well-coordinated team led by the Government and foreign friends.

“For 19 years we have not been in the WRC there were other people working out there. We have had trainers particularly from Motorsport UK who have transferred knowledge to our local technical officials,” said Kimathi, a former Formula Two WRC Safari Rally champion in a Hyundai Coupe.

“We have made several friends and want to have more and we are looking forward to working with all of you from the Government.”

Anthony Gatei, the ‘Service Park’ manager conducted the visitors and local officials to an extensive tour of the Service Park”, explaining in detail where cars will be serviced, washed, re-fueled, and scrutineered. This is on top of the media centre and interview zones.

All top officials will be tested for Covid-19 with two levels of bubbles created – one ‘high’ density and the other ‘low’ density. This means, for example, means that the media people ranked as ‘Low Density’ area, will not be allowed to enter the ‘Service Park’ for ‘High Density’ persons, and vice versa.

The chief safety officer Norris Ongalo said they will field over 1,200 safety marshals. “Safety is the single most labour-intensive component of the Safari. They will come from all parts of Kenya with the largest group of individuals deployed in the stages.

“Over 70% of the people we need will have to be trained by us. There are managers, already trained whose role is to supervise others. Safety is not about vehicles running over people but also the drivers. We will work closely with the security team to minimise risk.

“[In our operations] ensuring safety is a way of life. We have learning curves to ensure we mitigate from the past going forward,” he said.

All hotels in Naivasha have been fully booked to accommodate over 2,500 rally participants and management and Government officials, said head of protocol Faith Wathome.

“Accommodation of that many people will be a challenge but I am at home from past experience in rallying in Machakos,” she said. “WRC is huge. We are looking to Elementaita and Nakuru to cater for spectators,” she added.

Gurvir Babhra, the Safari clerk-of-course recalled that they have been working on the route since 2018 adding that the Safari will start from June 21 with the ‘recce’ [test run] using standard cars in the real Safari route peaking with “shakedown” at Ndulele Conservancy in Naivasha on June 23.

“This will be the first time a WRC car will touch the African soil before cars for the first time in 19 years. The cars will return to Nairobi for another opportunity to recce through the Kasarani Super Special Stage before heading KICC for the ceremonial start on Thursday.

New CAS Kachapin, just a few days into his posting said after a whole day’s observance of Safari operations. “I am personally delighted. I have had a good sporting treat and impressed by a team from people of diverse background working together. I am proud of this great work outfit and wish you all the best.”

He added: “We shall be briefing the Government every foot of the way about your dedication and efficiency. The Safari will bring good fortunes. This will influence a lot of social-economic benefits in the world gripped by the Covid-19.”